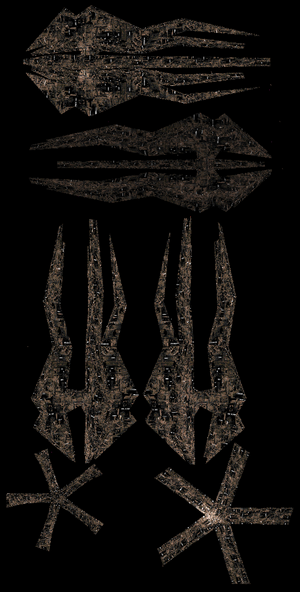 The Krono was the flagship of the Kindred. She was one of the largest and most heavily armored capital ships in the Tri-System. The Krono had a flight deck capable of carrying a complement of fighters and transports. She was commissioned - and named - specifically for The Kindred's crazed leader, Sar Ricaud (aka "Kronos"). Only one Krono-class ship was built. She was destroyed by the CIS in 2790, during a failed operation to assassinate Shiela Nabakov. Many have observed that the Krono-class bears a striking resemblance to the Nephilim Tiamat-class dreadnaughts which terrorized human space a hundred odd years earlier.