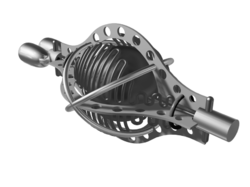 Coolant Unit MK III CUL3
For those days when they just don't stop coming, this baby will keep your lasers pumping. Cooling process increased by 110%. (51)

Increases your ship's base cooling speed by 110%.