The CIS is the military/police force charged with maintaining order in the Tri-System, both on- and off-planet. However, it has recently come under much criticism and become the butt of many jokes, because of suspected corruption and collusion with the Kindred.

As Tri-System trade has grown and colonies on far-flung moons and stations have multiplied, the CIS has found its forces spread increasingly thin — evidenced by its frequent requests for mercenary assistance. With four active pirate clans, the ultra-secretive Kindred, constant policing of civil wars on Anhur and Karatikus, and general space-traffic control, the CIS is falling behind. This is partly due to a shrinking budged, but probably also related to simple growth — as the organization becomes larger, it becomes increasingly difficult for upper-level officials to police and direct all agents. 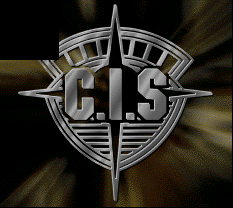 BACKGROUND:
The Tri-System's law enforcement agency is overworked, under funded and apparently fighting a losing battle against the organised crime syndicate, The Kindred. Headed by the dynamic Shiela Nabokov, the CIS have a reputation for dedication and integrity that is legendary throughout the Tri-System, however, due to their almost impossible task, some of their recent covert operations have brought calls for enquiries from the political left. As yet, rumours that some CIS operatives working undercover have actually been seduced by the trappings of the Kindred have still to be proven true. Their resources number over 75,000 full-time field agents, 300,000 investigative and administrative personnel, and a force of over 10,000 battle craft.