Several weeks ago, Joe and Paula Garrity (founders of the Origin Museum) and I met with X-Toys founder Bob LoMonoco in Woodbridge, Virginia. The subject of our meeting: the infamous Wing Commander movie toy ship prototypes. 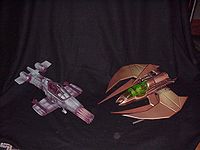 The ships, a Rapier and a Dralthi, were never actually sent to the manufacturer -- thus, claims of phantom Rapiers and Dralthi appearing on store shelves do not bear weight. They were, however, displayed at Digital Anvil's official Wing Commander Movie website (now defunct) and on the backs of the initial line of action figure packages.

LoMonoco, who claims to have received hundreds of phone calls on the subject of the vehicle prototypes, graciously consented to sell them to the Origin Museum.

The Dralthi toy was designed with a pair of projectile-firing missiles -- which properly functions on the prototype. The Rapier features rotating wings and four removable missiles. Because of the plastic used in creating the prototypes, both are unusually heavy. Both feature extensive detailing (see pictures). Had they been produced, each ship would have included a variant Blair in flight suit or Kilrathi fighter pilot action figure.

The financial failure of the toy line lies directly with FOX marketing's lack of interest in the Wing Commander license -- since the movie itself was only being distributed (and not produced) by the studio, it was not promoted well. Holders of the Wing Commander license were told that the film was kiddie fare... thus, X-Toys descision to go with 'Star Wars' style 3" figures rather than detailed collectable toys.

Most damming, however, was FOX's failure to properly assign a release date for Wing Commander -- the last minute announcement of March 12th meant that, despite a scramble to produce the figures quickly, X-Toys did not have the toys on the shelves until the movie had left theaters.

In total, only about 10,000 Wing Commander figures were produced -- meaning that, despite current low prices, they may quickly become difficult to find collectables.

Amazingly, the line did not fail as badly as X-Toys second license, Wild Wild West... which, ironically, had its line of vehicles produced.

Although a second series of action figures was never designed, LoMonoco notes that a more detailed 9-inch line aimed at collectors would have been the plan.

Since Wing Commander, X-Toys has produced a line of Elvis action figures and a series of Saturday Night Live toys. The company currently plans to release Little Rascals, Extreme Sports and a second collector-oriented series of SNL figures.

The Origin Museum plans to restore the ships, and then make them available for display. They will be publically shown this August at DragonCon in Atlanta. 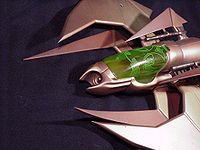 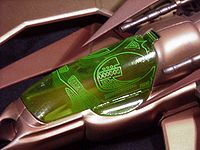 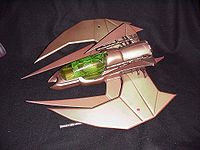 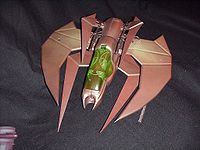 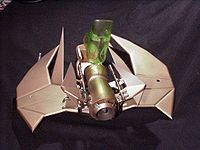 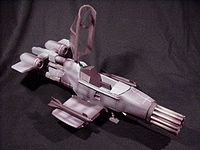 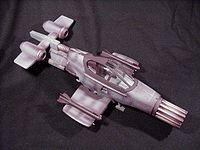