A decade-long agricultural shortage due to various climatic catastrophes on Bex led to Terrel's being officially zoned as an agricultural planet. As a result, it has remained relatively undeveloped. Rodenta Kaldone, popularly marketed as "Fluffy Rodents," are native to this planet. 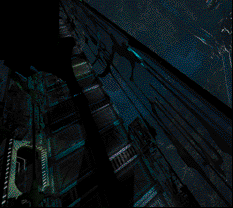 BACKGROUND:
Terrel was one of the first planets to be declared a pro-habitable zone by the confederation. With levels of population climbing to unprecedented levels on most of the major planets, causing a decrease in farm land, it was realised that some of the smaller planets needed to be put aside for agricultural use. Terrel is one of two planets which supplies the vast majority of the Confederations food requirements. It is the home of some of the rarest indigenous flora in the system, as well as being the home of the Kaladones Rodents, the most sought after pets (and status symbols) in the Confederation.