The M'Shrak Sector is wholly dominated by the former Kilrathi Empire, and saw limited action during the course of the Terran-Kilrathi War. However, it was subjected to a number of Terran raids, notably the one that ravaged the Kilrathi colony of Hhallas. After the emergence of the Nephilim in 2681, the Nephilim deployed at least one wormhole gate in the sector for its invasion forces, located in the Hhallas System. 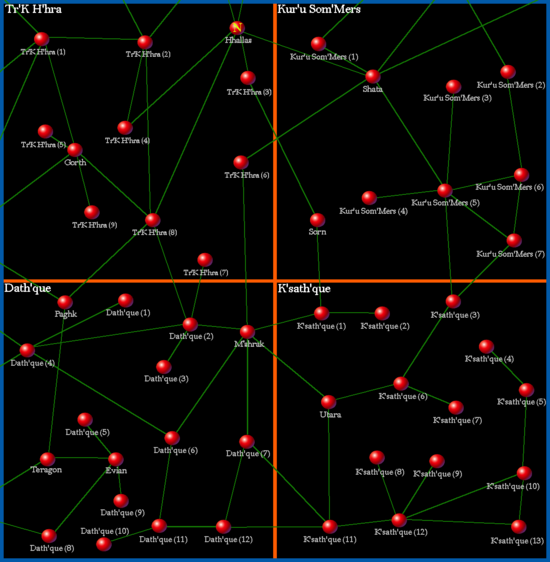