Frank Savage at the PDC

This one is a cool video of Frank Savage's presentation to the 2008 Professional Developer's Conference on the abilities of the XNA Creator's Kit. He's wearing a totally badass TCS Victory (WC3 dev team) t-shirt and mentions Wing Commander at the outset.

At about 11 minutes in he mentions being a big Wing Commander fan and then goes on to demonstrate a space game he's been working on with the XNA toolset. It's probably similar to the one he did a tutorial of at the Korea game conference for which the source code was recently released. 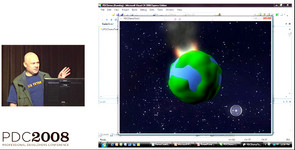 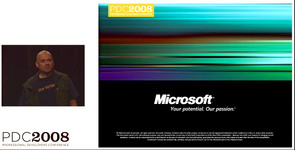