The Tigershark never really got a fair shake -- the game made it clear that it was a clunky ship to suffer through early on until Space Superiority fighters became available... but it still has an excellent look to it that isn't quite like anything else in Wing Commander Prophecy. That 'whole body' cockpit makes it feel a lot more like a science fiction fighter than some of the others (which are more inspired by modern warplanes). 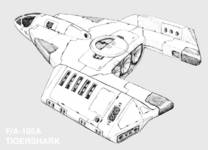 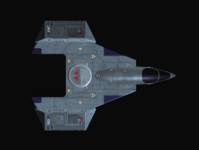 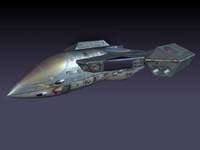 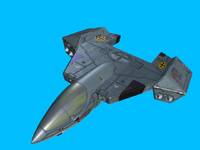 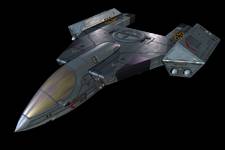