Last year has come and gone, so it's time for fans to make another prediction about the year ahead. With all the fan project releases, breakthrough patches, new discoveries and even an official Wing Commander rerelease, 2006 was an incredible year. 2007 has the potential to be even better. What do you think? You can vote above or click the discuss link below and talk about your predictions. 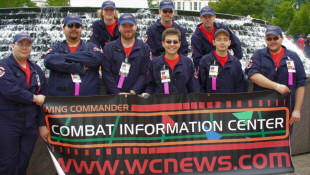