Last week Gamespot noticed that the website of German developer Pixelcage has been updated with details of a previously unknown space-sim. Dark Matter: The Baryon Project is a space-sim/first person shooter hybrid, which is an unusual concept but one which could go down well. Probably the only thing which puts me off the game right now is that some of the enemies are "time warriors". Maybe Germans like corny things in their games (remember "Ban Danna" in X2 by Egosoft? There are some very pretty pictures on the Pixelcage site and a video in the downloads section which features a WC1 stye running down the corridor with red lights scene. It also quotes a release date of 2006, so it's a way off yet but definitely one to keep an eye on. 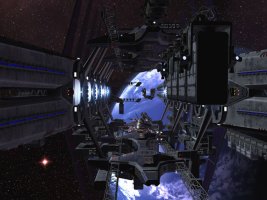 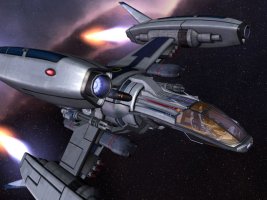 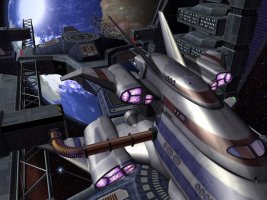 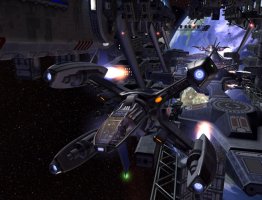