There's been a ton of progress on the Secret Ops Model Upgrade Pack over the last week or so, and we've gotten behind in the news! Here's a double update worth of great progress to catch up on. There's something for everyone: new Excalibur models and quick incorporation of the Vaktoth fighter we featured yesterday - plus status on the latest bug fixes and feature additions. It sounds like the new release is going to be a big one! 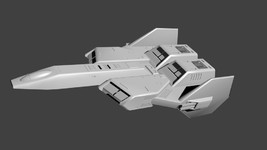 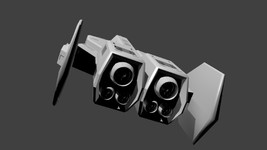 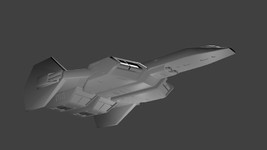 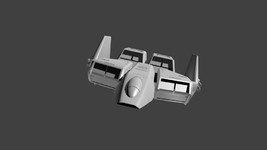 The team is hard at work on the next release. It's going to include some new models as always and some additional tweaks:

3.) Other Improvements:
New VDU target images for all fighter craft

Based on our asset tracker the project is about 55% complete right now. There are a few other things we would like to explore for the project but those are currently in the "nice to have" bucket as opposed to the critical path. Items include things like new debris for destroyed fighters, new missile meshes, and new weapon VDU icons, Simulator missions with flyable Excalibur & Thunderbolt.

I know what you're thinking: "Gee Defiance why ANOTHER Excalibur?" The answer simply is - I don't like the existing one. Of all of what I call the generation 1 MUP models (Piranha, Panther, Excalibur) the Excal is the one that shows it's (I have to keep things within 1,200 triangle chunks) limits the most. The Piranha is fine, and really the only fix I could do there is model a higher poly engine and jump drive core for it - but that's of limited value. The Panther looks good though it is a candidate for a new mesh at some point, I won't hold up new assets for it. But I figured the hero ship of WC3 and a major antagonist in WC4, not to mention the Guest Fighter of the Week for WCPSO deserved a little better treatment - and I was going to have to do another one anyway for the WC4 remake so I might as well kill two birds with one stone. If you want to follow along outside of the forums the team is active on the discord site in the modding channel, feel free to leave us bugs/suggestions either on this thread or on the channel. 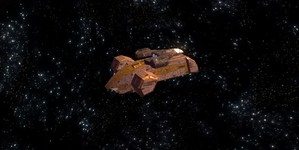 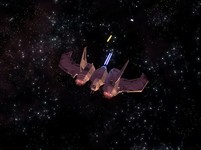 1.) Tigershark missile hard points render rockets unusable:
Fix: Necessitated a revamp of the Tigershark model. re-centered mesh, extended belly fuselage, shortened missile pods. While I had the hood up, I added the Mass drivers to the underbelly and repositioned the hard points accordingly. The rockets now fire down the centerline. For cosmetics, I tweaked the texture as well to make it look more spec-ops gray (actually gunmetal blue) and less blue metallic.

2.) Crazy spinning asteroid bug:
Long a thorn in the side, I spent some time really studying the original asteroid meshes. The small rocks were fine but the large, huge, and giant rocks needed some work. I re-centered the meshes, adjusted the collision sphere, added collision trees (instead of relying on the collision sphere like the originals), and fixed the RADI issues and removed FAR chunks. The rocks now spin at a reasonable rate (at either 32 or 64 FPS).

I tried the Vaktoth out in the mission sim - for a "worn out ship" it's fairly nasty - in SO it has two pulse particle cannon (Standard in WCP) two Ion and a single tachyon gun. It makes minced meat out of mantas. In WCP it's a little under powered, with the standard particle cannon, but it can still hold its own against slower Nephilim ships. Too bad it's just a cameo...;)