Kevin Caccamo has an interesting item that would be great to know more about! Apparently there was an OEM version of Wing Commander Prophecy that was packed in with Real3D Starfighter AGP video cards. I'll let Kevin explain:

WC Prophecy OEM was the first Wing Commander game I've ever played.. It came in a pack of games and 3D demos that were included with the Real 3D Starfighter AGP video card drivers. It was my favourite game out of the games in the pack.

WCP OEM only included the missions from H'rekkah 1 to G'wriss 3a/b, and most of the simulator missions except for the Alien Gauntlet missions. After completing G'wriss 3a or 3b, the game would display the advertisement from the WCP demo.

Has anyone else out there encountered this version of the game? Let us know! It would be great to delve deeper into how it differs from the full game and to archive it for posterity. 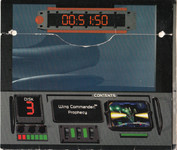 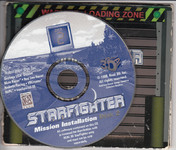