Sony has announced that Playstation Network services will begin to come back online this week, about two weeks after a malicious intrusion resulted in the system being taken offline. Access to multiplayer gaming will be restored first, followed by services such as account access and downloadable games. Although credit card information that may have been stolen should have been encrypted, it's still a good idea to change any passwords you shared between PSN and other sites. The restored network will also have additional security enhancements to protect against further intrusions, and details on "welcome back" freebies are in the works. Don't forget that the Wing Commander Movie and WC4 are available to purchase!

Following a criminal cyber-attack on the company’s data-center located in San Diego, California, U.S.A., SNEI quickly turned off the PlayStation Network and Qriocity services, engaged multiple expert information security firms over the course of several days and conducted an extensive audit of the system. Since then, the company has implemented a variety of new security measures to provide greater protection of personal information. SNEI and its third-party experts have conducted extensive tests to verify the security strength of the PlayStation Network and Qriocity services. With these measures in place, SCE and SNEI plan to start a phased rollout by region of the services shortly. 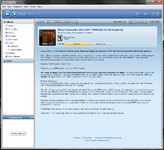 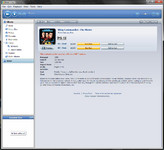