How Much for the Plasma Gun Option?

Here's some more interesting renders that Red Baron made out of the Origin 3d model archive. These show off the exquisite detail that went into making the background vehicles on the major bases. There's also a funny picture of the analysis machine on Oxford. 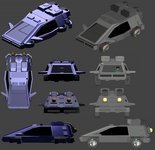 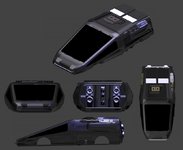 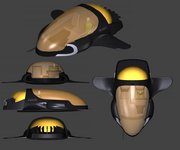 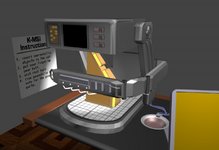 Next up something you don't see that often, background vehicles from Privateer. They may not be as detailed as the ships, but consider that normally you don't see as much as a few pixels of them, and they still pack a LOT of detail for that. So, we have the Inlvuil (?), some kind of Space Delorian and a car with a plasma gun(!) mounted on its side.