One Preview for Wing Commander Two

Today we have another vintage mag scan from 1991. It's a dual look at both Strike Commander and Wing Commander 2 by The One for Amiga Games magazine, which seems like a slightly unusual publication to be getting a preview of these games since neither was ultimately ported to Amiga. WC2 only made its way to Windows 95 and the FM Towns (and the unreleased SNES version!). Apparently they do have variants of the mag for Atari, PC and 16 bit games though, and we are the beneficiaries here 30 years later. This article has a nice zoom in on the early version of the bridge, which got some big changes by the time the game was finished. You can find the full magazine over at Archive.org. Thanks to ATMachine for finding this one! 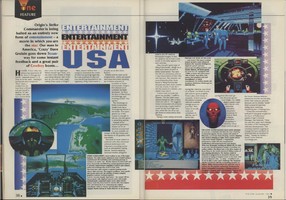 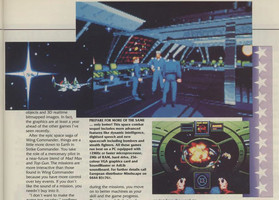 Some nice pre-release shots from Wing Commander II! (And Strike Commander, if you’re into that sort of thing.)