Renowned comic and storyboard artist Tim Eldred has posted an awesome article about how he got involved with Wing Commander Academy and how it influenced the rest of his career. It's a combination of being in the right place at the right time as well as having the knack for visualizing the series' key concepts in engaging ways. He's got lots of fun concept art in the piece, including these two glorious shots. We've posted versions of them before without the color, but they really pop here fully illustrated like this. 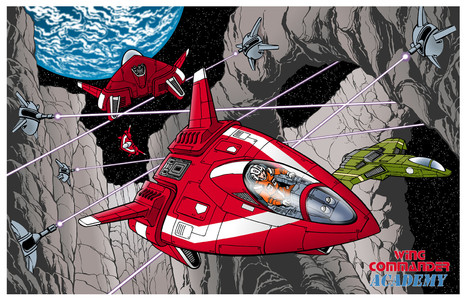 When I sat down to watch Episode 3 (on a Saturday morning), it was a revelation to see my work on TV for the first time. In addition to what I mentioned earlier, this was also a case where some characters I designed were moving through scenes I created. It looked like I had somehow drawn every frame of this Saturday morning cartoon. I was also surprised to see that some of my shots were chosen for the opening title, which I took as a huge compliment. The unexpected magic that played out at the beginning of this process resulted in unexpected magic at the end. I was elated. This was going to be my career.

Also, be sure to check out the links shooting off from the main article. There are several high quality storyboard sets that give you a great glimpse behind the scenes prior to animation. There's also a cool character sketch gallery as well! 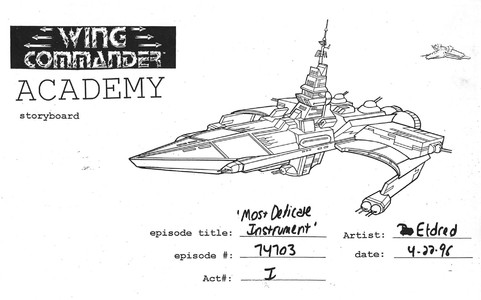 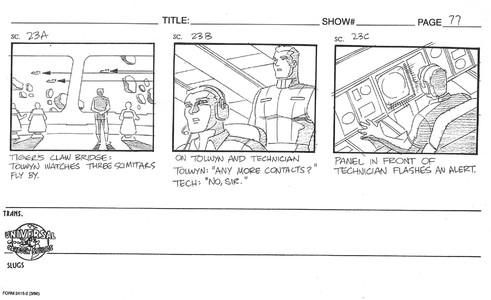 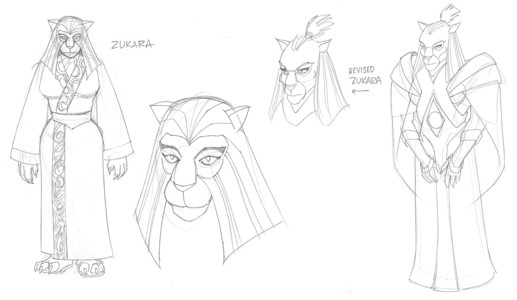 In particular, there was an enemy fighter that kept flying directly at our hero fighters in a game of chicken. I found the right combination of shots to build and build and BUILD that tension until someone chickened out. I could feel it happening intuitively, and it was exhilarating. When I eventually saw the finished episode, it exactly matched what I was going for. There was never a moment where I sat down with Larry and told him what I’d intended. The storyboards did the talking. Which is exactly what they’re supposed to do.