Here's a treasure: digital copies of fifteen pieces of artwork created for the Wing Commander CCG from Mag Force 7. While much of the card art created for the game used traditional paintings, several of the contributors chose to work digitally with early 3D models. The result is a subset of cards with an extremely cool look distinct from anything else in the Wing Commander canon. These pieces were created by talented artist Barclay Shaw, who was kind enough send them to us. Mr. Shaw writes: "I’ve attached a zip file of what I have; the files were recovered from a hard drive crash in the early 2000s and two of them are very low resolution. The artwork was a combination of painting, digital painting and primitive 3D renderings – one of my early forays into the digital art realm, pretty rough by today’s standards (scanner lines are apparent in the backgrounds) but it opened up a whole new world for me." Amazing stuff, and wonderful to see in such detail. I had thought the Terran 'Malf!' card was some sort of turret as printed; now you can see clearly that it's the underside of an Arrow fighter! 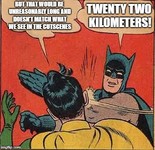