UnnamedCharacter's latest nifty feat of programming skill is a conversion patch for Wing Commander 2. It takes the common English edition and translates it into the French version. There's also a German patch that performs a similar function. These aren't just for Europeans who happen to have the wrong copy of the game - English speakers who are interested in another language can use these files to get a bit of immersion training in their favorite series! Grab the patch here. 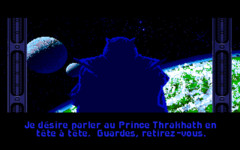 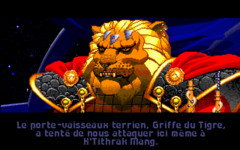 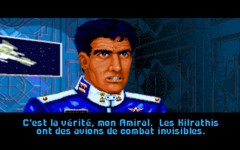 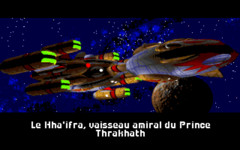 A while back I noticed there was a German language patch available for Wing Commander 2 and decided to do the same for the French version of the game.

Just unzip this file to the Wing Commander 2 directory and play. Floppy disk versions must already be installed on the hard drive, although the zip will translate the installation menu text as well. Note that this only alters subtitles (both cinematics and in flight) and not speech. It's always a good idea to create a backup copy before overwriting too.