Games that feature full motion video have undergone a bit of a renaissance over the past two years with a handful of innovative adventures hitting the market since 2015's Her Story. Two decades of dormancy, however, let Wing Commander reign as king of the genre in a number of ways. Now, one game has passed Wing Commander 4 for quantity of FMV, and The Infectious Madness of Doctor Dekker has the Guiness World Record to prove it! They kindly note that WC4 was previous record holder, which would actually be news to me. I wouldn't be surprised at all if The Price of Freedom had the most, but I wasn't previously aware that this was a category that Guinness tracked. If so, and someone has the printout to show for it, we'd love to see! Wing Commander does hold the official records for First Speech Pack, First Multiplayer Space Combat Game, First use of an animatronic character in a video game and First Hollywood star (Mark Hamill) to top both film and video game charts. Records are made to be broken, and we're glad to see FMV making a comeback. Congrats Doctor Dekker! (not to be confused with Lieutenant Colonel Dekker!) 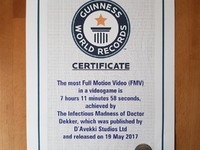 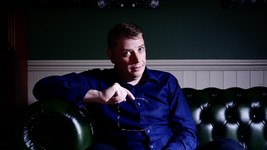 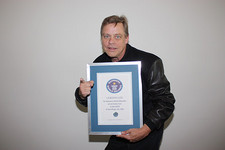