Pixelengineer has hit on a cool new trick sure to appeal to retrogamers and wingnuts alike: rendering 3D versions of the game boxes we so fondly remember! He has been posting 3D spinning boxes each day to his Twitter account representing classic games like Secrets of the Luftwaffe, TIE Fighter... and, of course, Wing Commander! You can activate the animation by clicking on any of the thumbnails below. You can follow future additions to the virtual shelf using #3DBigBoxArt 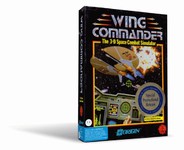 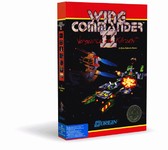 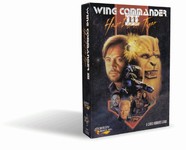 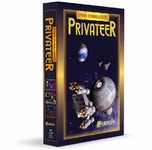 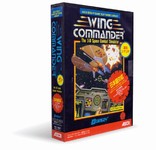 Curious about that last box? It's the DOS/V port of Secret Missions 1 and 2, which were sold together as a standalone release in Japan. The front cover of this release is nearly identical to that of the Wing Commander I DOS/V release, making it difficult to find. DOS/V is not the same thing as MS-DOS 5; instead, it is a specific offshoot of DOS which adds Japanese-language support. There are also DOS/V ports of Wing Commander III, Privateer and Armada.