Happy New Year Winguts! 2015 was once again jam packed full of fun stuff, and it's pretty impressive to go back through the archives to see exactly what was accomplished. If you don't have several hours to do that right now, here's a quick rundown!

Perhaps both the biggest and smallest news of the year was Wing Commander finally arriving on Netflix in the US in August. The move was expected after it began to appear throughout Europe and Canada. Most Wingnuts already have their copies, but this led to numerous awesome viewing parties and allowed casual fans to finally see what they'd been missing. Best of all, it brought tons of new fans into the fold to experience the rest of the franchise. Our traffic analytics show the unmistakable spike that coincided with the film making its streaming debut, and that surge has had surprising legs. Five months later, the numbers show very little drop-off and are holding steady at double the prior audience. Fans who wanted to own a digital copy also saw a nice across the board price drop, and Wing Commander appearing on Amazon Prime was just an extra bonus.

In new product news, 2015 also saw the completion of George Oldziey's Wing Commander album. The highly anticipated digital reorchestration took most of the year, but was released in October to round out the set. A behind the scenes documentary was also published, and the fully compiled physical albums have now been produced and are about to ship.

A different former Origin artist, Denis Loubet also forged quite a connection with fans in 2015 through a series of Q&A sessions at the CIC Forums. Through his Patreon page, he's undertaken some interesting projects inspired by his Ultima and Wing Commander days. A CIC visitor even won the last item!

It's also not every year that new easter eggs are found in the official WC games, but a little known technical database was found in the WC3 load out terminal. A few had stumbled across it over the years, but it was definitely not widely known. There's some wild stuff in there!


Recorded "Let's Play" videos continued to be a huge hit. Where prior years saw a lot of WC1 clips, in 2015 Privateer 1 and 2 and pretty much everything else finally got some time in the spotlight. 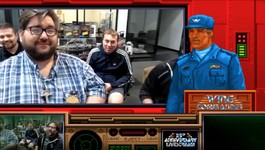 Live web streaming also took off thanks to services like Twitch. The biggest event was held for WC's 25th Anniversary, but we also managed to conquer The Secret Missions just last month. LOAF even played WC3 for charity early in the year, and he wasn't the only one to get in on the action. Expect this to continue to be a thing!

It was also great to see many fans' renewed interest in understanding and modding the original Wing Commander. New analysis on the art was done which led to a better understanding of how everything fit together. The same went for the coding side of things, which led to some cool tricks such as customizing the copy protection questions and even porting SM1.5 into the DOS/Windows game engines! Even old tools like the Armada editor were updated for 64 bit systems, and some of the Academy patches got renewed interest. 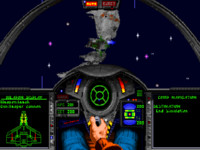 And all of this doesn't even really get into the fan projects and mods! We could easily write a separate and larger companion piece on those (and we will be soon for our annual awards contests), but just to very quickly recap: WCDX debuted for WC1, SM1 SM2 and now WC2, Flat Universe released a major playable update, Klavs made multiple new ships and inspired others, the Homeworld mod relaunched in a big way, Saga Plus saw numerous enhancements, Defiant Few released Episode 6, fans did cool new arts & crafts, a digital version of the WC CCG was released, Steven Petrarca was patched into SO, the German WC Saga was completed, WC Vega helped a new generation of fans appreciate WC, and the SO model upgrade pack project kicked off, just to name a few. Whew!

With so many fan projects really hitting their stride in the past few months, we have a very promising year to look forward to. Here's to a great 2016!