With the Secret Missions livestream in the news multiple times over the past week week, it's easy for minds to focus on that game's 25th anniversary. But it's December, and SM1 isn't the only Wing Commander celebrating a birthday! Wing Commander 3 turned 21 on Tuesday, and Special Operations 1 turns 24 this coming Monday. But today we're focusing on the Vision Engine which debuted with Wing Commander Prophecy 18 years ago yesterday. Time and Wingnuts have been kind to the franchise, however, and fans keep doing amazing things to keep the series fresh. DefianceIndustries' latest addition to the Secret Ops Model Upgrade Pack is the Tigershark. Check it out in all its multirole glory below! 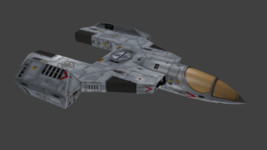 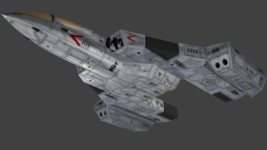 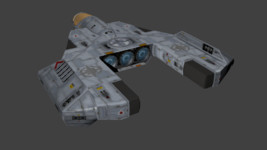 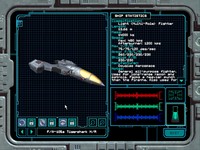 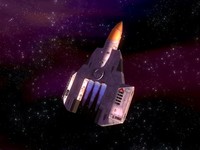 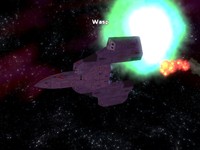 Okay - finally got a quick break to finish the F/A-105-C Tigershark. I'm pretty happy with it. I didn't add the missiles in the launch tubes because the cost in triangles really wasn't there for the visual effect. If I want to get crazy at some point, I'll model the pods with and without missiles. Then the mission programmer can set flags to determine if the fighter has missiles left and render the appropriate model accordingly... don't know if that's possible actually and it seems like a bunch of effort for a non-critical effect. Enjoy!

Just in time for the release of the big Star Citizen 2.0 Alpha, Chris Roberts and the team at Cloud Imperium Games have officially crossed the unbelievable $100 million crowdfunding threshold. Just three years ago, we all considered the original campaign's unheard of $6.2 million haul eye-popping, so even if this post is short, the magnitude of this accomplishment can't be overstated. Here's to their continued success! 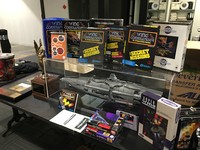 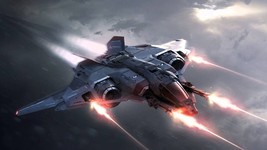 If you'd like to give the game a whirl with fellow WC fans, stop by #Wingnut and see who's flying.