Backbone of the Confed Fleet Remastered for Homeworld Mod

L.I.F. has updated three more warships for the Homeworld Mod. First up is the majestic Confederation class dreadnought: it comes complete with an arsenal of weapons topped off by the phase transit cannon! Even though ships like the Concordia can surely hold their own in battle, they aren't running into the fight alone this time. The iconic Southampton destroyer and Tallahassee cruiser duo are also ready to run escort. It sounds like both will be tons of fun to field. Find even more shots of these gorgeous ships over at the CIC Forums. 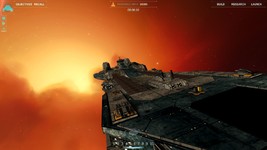 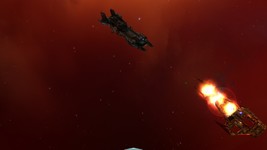 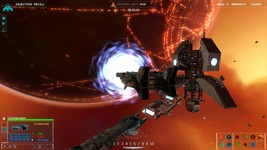 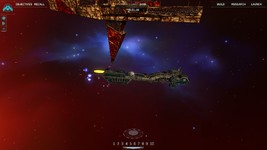 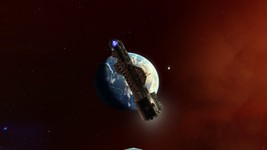 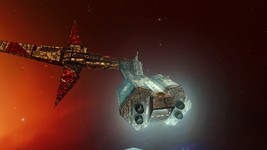 And to finish the week-end, I present you the pride of the Fleet, the Confederation-class dreadnought! Armed with eight antimatter turrets, two missile turrets and twelve laser turrets, this beast would be terrifying on its own... but the name "dreadnought" shall not be uttered in vain, as the Confederation-class can bring to bear eight short-range torpedo tubes and the infamous Phase Transit Cannon. The latter is a devastating long-range weapon able to maul any capital ship in the Kilrathi arsenal. Add to it a large hangar capacity and you soon realize why the Cats fear this ship more than anything else in the Terran fleet.

The Southampton-class destroyer is small, but a very nasty escort ship, that will prove its worth as an escort ship against any threat. Its eight laser turrets will keep a healthy fire barrage on any attackers, while its frontal antimatter turret gives it a good punch against isolated corvettes and frigates, but its real value lies in its missile armament: a dorsal Vertical Launch System allows it to fire every minute up to eight medium-range ImageRec missiles on inbound attackers, while the usual light torpedo package will fire every minute a potentially devastating salvo of four light torpedoes at close ranges, making its enemies wary of a destroyer squadron that could easily maneuver to force a torpedo attack on an unsuspecting target.