Maslas is back with more information about the recently released 0.65 update to Wing Commander Flat Universe. There have been some questions about missile usages, so that's been explained. It's really interesting and closely mirrors the weapon loadout options available to players in WC3&4. The team is also discussing some changes to guns and other features in a future update. Head over to Daedalus Station to try out the game's latest test release now.

Missiles are fully operational. The missile types are exactly the same as in every WC game (DF, HS, IR, FF, Mines, Torpedoes) and with almost the same characteristics. It might be possible that you didn't notice that in this version of the game there is an option for weapon selection on the same terminal display that you select your ship. Some hardpoints have certain missile restrictions. For example the Hornet has 3 hardpoints with capacity of 1 missile each. The center hardpoint can take either a HS or a DF whereas the other two only take DFs. Different hardpoint restrictions exist on both the Scim and the Raptor.

In order to complete a successful missile launch your ship's fore (nose) must be within a 45 degree angle from your target and the target must be locked (default key L). This is the basic logic for almost all the missiles except the FF which doesn't need locking nor certain aiming from your side. Finally, be warned that HSes are useless against targets without engines. In other words: HS vs Turret = no boooom. I know what you might be thinking, "HSes are useless right now." And the answer is, "Yes, they are!"

We are still tweaking the gun ranges. We are also considering reducing their ranges a little so they should fit into the window of a 16:9 ratio screen. However, be reminded that we encourage you to use the camera zoom and follow capabilities. They work fast without interrupting the player from the gameplay.

There will be a mission editor but it is scheduled for a very later versions of the project. As our motto says, "Coming sooner or later." 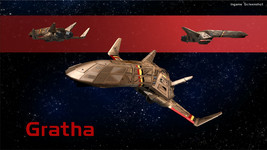 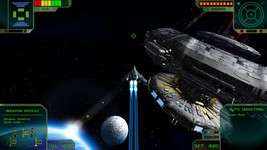 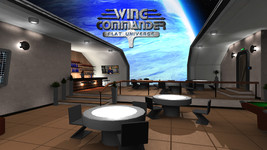