It Belongs In A Museum!

Our last installment of the WC vs History series looked at the Doolittle and Kilrah Raids. Within that update was a new piece of art by NinjaLA representing the famous moment in End Run when Lieutenant Commander Bondarevsky led a Sartha back to the Strike Force, revealing its presence to the Kilrathi. The Kilrathi were then placed between the proverbial rock and a hard place, with the need to restore honor at Vukar Tag, but also the need to protect Kilrah from attack. By disregarding the famous dictum to "never divide the Fleet", the Kilrathi stumbled right into the Confederation ambush at Vukar Tag and disaster at Kilrah. 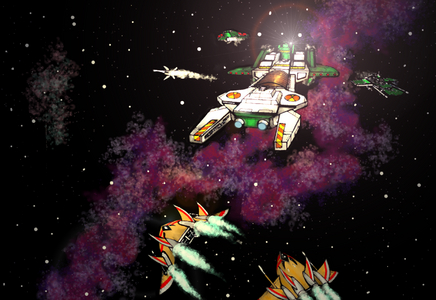