There's good news on the emulation front! 4DO, which is based on FreeDO, has overcome some major video rendering issues that have existed while trying to run the 3DO edition of Wing Commander 3 on a PC. Version 1.1.6.3 / 1.1.6.4 apparently allow the game to function quite well now. Don't yet have a copy of the 3DO version of WC3? Then, you're missing out! In addition to enhanced video quality, the port includes new missions, weapons and gameplay designed for the console.

There is, however, a WC3 3DO demo! The CIC first posted it in early 2006 with the caveat, "Unfortunately, no 3DO emulator is yet capable of playing Wing Commander III... but the demo will still be available here when emulation technology catches up!" Now's your chance! Grab the demo here (357 meg zipped .iso) and FourDO here.

I dug into the CEL rendering logic and documentation enough to understand the bugs causing Wing Commander 3′s video issues. It took the whole week! I finally saw the resulting clean images at about 4:30am last night. 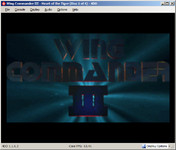 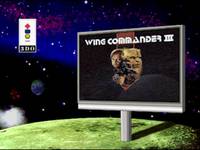