Here's another funny reference to Wing Commander in a television show from the '90s. This one comes from the Viper episode "Ghosts," which aired on January 14, 1994. It features an evil character giving a little girl a copy of Privateer. This show aired less than three months after the original game was first released, so the quote, "Look, Mom! It's the latest edition of Privateer!" is somewhat awkward. Later in the show, another character is seen "playing" the game, which is actually a snippet from the introduction. It's pretty amazing how much Wing Commander popped up back in its classic years. You can watch the scenes/show for yourself on YouTube here and here. 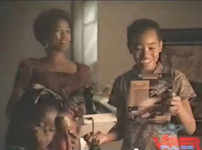 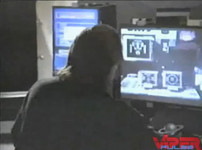