A major XBox 360 dashboard update was released today, and there's a few neat improvements. On top of greater Kinect voice recognition and cloud-based gamertag and savegame storage, a couple additions can directly enhance your Wing Commander Arena experience. The new "beacons" feature lets XBox and Facebook friends know that you're interested in playing a particular game. Wing Commander Themes that you've purchased are a bit more visible in the new screen layout as well. It's also a couple of years old now, but the XBox Live Party Chat feature makes keeping a group together between games of Arena way easier than the game's default postgame chat! 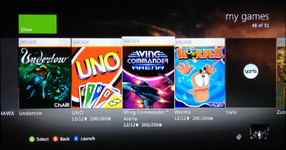 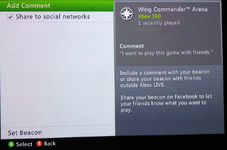 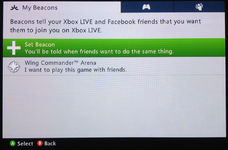 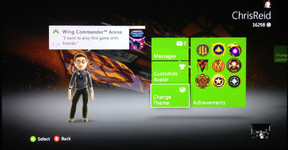 Update: New mobile apps for Windows Phone and iOS have been released that extend the new XBox Live features to your phone!