Have Some Wine With Your Wing Commander

Here's some additional information on the Wineskin technique of making Windows games playable in the MacOS. If you missed the original news post during the Birthday celebrations in August, this is the process that was used to make the Macintosh version of Wing Commander Standoff. While the Mac version of DOSBox is ideal for the older games, this method is good for newer games like Prophecy (that weren't ported to Mac). 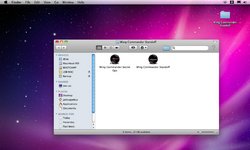 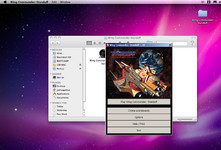 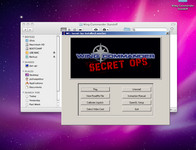 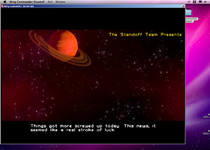 I had personally discovered this technique of running Windows .exe's in MacOSX called a Wineskin

Wine is a very common tool for running Windows applications under a Unix operating System. It seemed a perfect tool for running Standoff in MacOSX without having to modify SecretOps in any way. I asked an expert in doing this over at the portingteam.com forums and also asked him to get in contact with you about the project which he very kindly agreed.

As I'm sure you know we already released Standoff for the Mac through it. To install all one need do is download the dmg file, open it and copy the Standoff.app and the Secret Ops link to wherever they want (two must be together) and double click to launch.

The process is used only for Windows applications, but to get playing around with the Wineskin winery is rather simple. The GUI for doing so is very straight forward, and their documentation is pretty good if one isn't sure some of the functions. It is setup to be just like installing a program in Windows. (So you need to own the game although standoff, being free, is an exception and can be distributed)

But actually getting a program running can be very tricky and is rather hit and miss. Fist you have to check the Wine HQ to see if the program can possibly be run in Wine in the first place. Many can't. Mostly it is a lot of reading of crash logs to try to figure out what libraries a game needs, and even then it is very likely you will run into little quirks, such as sound cutting out or joystick support not working. (Standoff/SO were very lucky in this regard and work perfectly.) Many applications like Xwing vs. Tie Fighter run just fine but without the joystick are unplayable. And I'm told OSX wine is a little behind in the regard when compared to linux.

One quirk in Prophecy for instance is that DVD movies can not play. The game will CTD as soon as a cutscene is loaded. I have not been able to find a workaround.