Malcolm Reynolds has started an awesome paper model project. These first pictures show off the flight deck runway of his new Tiger's Claw design. It's looking fairly large for a physical model. The source art comes from bits and pieces of Howard Day's gorgeous 3D Bengal. Let Malcolm know what you think at the Forums. We can't wait to see this one come together! 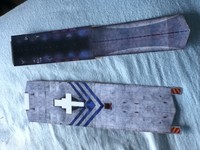 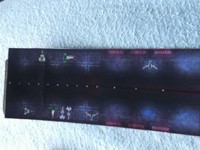 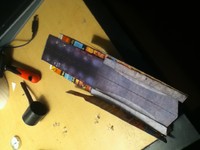 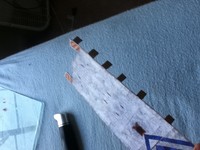 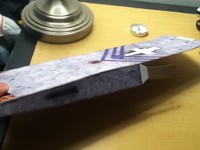 Hey everybody, thought you might be interested in following my construction of a papercraft version of the TCS Tiger's Claw. I'm basing it on Howard Day's amazing Bengal render, in fact, I'm using his meshes to skin the model. Basically, I printed out the one texture map I could find of his Bengal and then I edited, re-sized and refit it so that I could print it out, mount it on thin cardboard and hopefully create some facsimile of a decent model.

Electronic Arts announced a major acquisition today. They are currently in the process of buying PopCap Games for some $750 million. PopCap is known for many recent hit puzzle and social games, and this combination fits well within the EA Interactive division, which specializes emerging online and mobile games. PopCap issued a tongue-in-cheek open letter to its fans describing what this means next.

As some of you may have heard, we recently announced that PopCap Games is being acquired by Electronic Arts, a small mom-and-pop boutique software publisher. What does this mean for the future? It’s simple:

It means PopCap will join forces with one of the world’s largest game publishers, giving us access to many more resources and a greatly expanded global audience. It doesn’t mean that PopCap is going away or changing what we do or how we do it. On the contrary, PopCap’s creative culture is the main reason EA was interested in us. We’re not changing our focus from creating awesome casual games everyone can enjoy.

“We picked EA because they have recast their culture around making great digital games,” said David Roberts, CEO of PopCap. “By working with EA, we'll scale our games and services to deliver more social, mobile, casual fun to an even bigger, global audience.”

“PopCap has a proven financial trajectory with sustained revenue growth and double-digit operating margins,” said EA CFO Eric Brown. “On a non-GAAP basis, this deal is expected to be at least ten-cents accretive in fiscal year 2013.”

PopCap is one of the largest and most respected digital and social gaming companies with more than 150 million games installed and played worldwide on platforms such as Facebook®, RenRen, Google™, iPhone™, iPad™ and Android. In calendar year 2010, approximately 80% of PopCap’s revenue was on high growth digital platforms.