WC vs. Literature: Yeats It or Break It

After Colonel Blair defects in Wing Commander IV the game cuts back to a scene between Tolwyn and Paladin discussing the news. Tolwyn attempts to explain the news by quoting a poem, which Paladin continues:

Paladin: Blair? Defected? I find that hard to believe. He was always a hot head, but... what on earth induced him to– what the devil is going on out there?
Tolwyn: The intelligence I’ve collected is erratic, unreliable. "Things fall apart. The centre cannot hold. Mere anarchy is loosed upon the world. The best lack all conviction..."
Paladin: "Whilst the worst possess a passionate intensity" – Yeats.

As Paladin indicates, these lines are from a poem by William Butler Yeats (Wikipedia) called The Second Coming. The 1920 poem is usually considered to be a commentary on the disastrous state and uncertain future of Europe after World War I--certainly germane to the post-war confusion and impending doom of the 2673 Wing Commander universe--although there is also a running argument that it owes more to Yeats' pre-war fascination with ancient apocalyptic mythology. 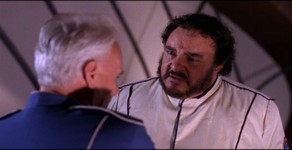 Yeats went on to win the 1923 Nobel Prize in Literature for his poetry. His work is still widely read today and The Second Coming is frequently read in literature survey courses. Here is the complete text:

Turning and turning in the widening gyre
The falcon cannot hear the falconer;
Things fall apart; the centre cannot hold;
Mere anarchy is loosed upon the world,
The blood-dimmed tide is loosed, and everywhere
The ceremony of innocence is drowned;
The best lack all conviction, while the worst
Are full of passionate intensity.

Surely some revelation is at hand;
Surely the Second Coming is at hand.
The Second Coming! Hardly are those words out
When a vast image out of Spiritus Mundi
Troubles my sight: a waste of desert sand;
A shape with lion body and the head of a man,
A gaze blank and pitiless as the sun,
Is moving its slow thighs, while all about it
Wind shadows of the indignant desert birds.

The darkness drops again but now I know
That twenty centuries of stony sleep
Were vexed to nightmare by a rocking cradle,
And what rough beast, its hour come round at last,
Slouches towards Bethlehem to be born? 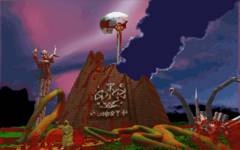 One thing's for damn sure: Yeats would have loved the end of Righteous Fire.

Another Pilot on Deck 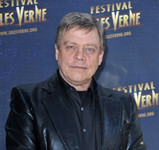