We haven't mentioned the WC-inspired Frontier - Prelude to Darkness fan movie recently, but work has been busy on the project. New chapters have been in limbo while lew82 has been working on 3D conversions for higher quality episodes. The first four chapters have been posted to Koldcast in high res, while YouTube carries up to Part 13. lew is also working out how to submit the movie to the 2011 GenCon Film Fest. Among new updates in the last month are a sleek fighter design and bridge set for an upcoming scene. The bridge certain gives off a 'Vesuvius' vibe! 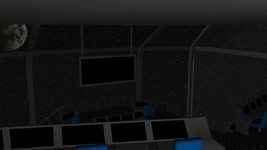 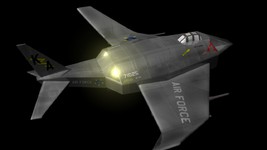 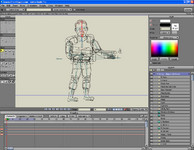 This week has been really productive, we’re into Scene 30a now which is set on the bridge of the Hammer, so I have done a complete remake of the bridge model in Maya and here’s hoping it looks a little nicer. The next big step is a sprucing up of the Dakota ships which until now have felt a little basic and blocky.

A little news on the release of the redressed Chapter 5 – at the moment it’s being prepared and Marc is working his music magic yet again, the release date for Koldcast TV is 16th May – so stay tuned for that.