WCS posted a neat little shockwave demo, and it's oddly amusing. The ship below flies around pretty well in a browser window, but some artistic support is needed next. Check it out here. I have to say, this is already further along than some fan projects get. 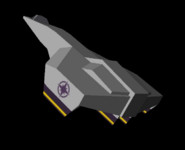 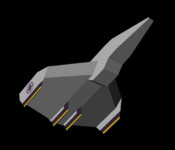 I'm trying to create a small Wing Commander "game" using Macromedia Director 8. I have made slightly simplified model of a Hellcat V, but I'm having a bit of a problem with texturing. I have a background in programming, but not in art/media. Do you people have any advice to create a (semi-)realistic metal texture? Also, does anyone have a good reference for all the metal seams/other texture objects on which people base their models on?

Click once in the opening screen ( yes I'll replace it at some point, but I needed a suitably low-compression ratio image to prevent a bug in Adobe Shockwave player for Firefox )