WC Invasion has a new space station borrowed from Howard Day and Pioneer. The Star Wars Empire at War mod already uses some familiar WC bases, but this extra structure will help fill a gap in Major Payne's lineup. The first two shots are rendered for the EAW engine. Check out the game's latest beta build here. 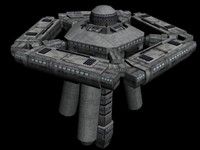 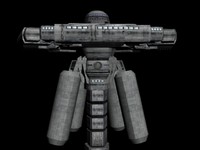 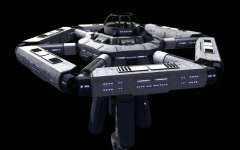 This station won't allow construction of ships as such but will provide additional defensive capabilities and (I'm hoping) a combat bonus of some kind in skirmish. As noted in the description, it will be capturable but also armed. Although I won't get rid of the buildable turrets, this will be another defensive structure.

Following up the WEC notes in the unappreciated in-joke category is the fact that the names in the General Assembly transcript included in Episode 4 are all taken from 'Treasure Island' -- from the characters (Cmdr. Silver, Israel Hands) to the ship itself (Hispaniola).