Since so many people liked Red Baron's recent Hakaga wallpaper, he's gone back and released a 'prequel' image. It was somewhat inspired by the cover of the novel End Run, and he's created a second action-packed version that is even more similar. He'd like to continue making new scenes, and this particular one could get yet another update. 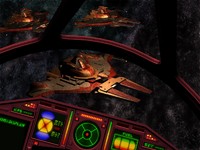 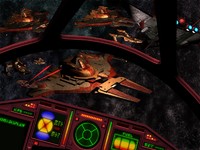 The very empty looking lower right corner is reserved for an awesome exploding Sabre once I figure out how to do it. And the laser beams look like crap. If I don't find a proper solution I'll have to add them with Photoshop.

Hey, what's Tom Wilson been up to lately? Since we last caught up with him, Tom's been hard at work doing quite a few different jobs. He's had guest roles on television shows like House MD, Bones & Ghost Whisper, and he's continued his long running gig as a voice actor on numerous animated series. Tom even has a new(-ish) blog that tracks his exciting exploits. And he still regularly performs at comedy clubs around the United States. Here are some of his upcoming events.