Here's another cool XNA update by Origin veteran Frank Savage. Spaceshooter is a space sim minigame for Windows XP/Vista & XBox 360 patterned after Wing Commander. Frank has written a document going into detail about the game's AI, collision detection, content and future plans. It sounds pretty cool. Anyone with a Premium membership or other access want to grab some screenshots or write up a short review?

The SpaceShooter minigame is an official released version of a tutorial session Mr Frank "Savage" Savage did for the Korea Game Conference in 2008. The idea was to try and create a basic prototype of a Wing Commander-style game using XNA Game Studio.

Despite having worked with XNA Game Studio for nearly 4 years, Frank was still surprised at how easy it was to create this minigame. This represents a grand total of 25 hours of coding, finding data on the web, building a procedural star field with MapZone, and lifting the rest of content from other XNA Game Studio samples and starter kits. Add to that another 5 hours of bug fixes, FxCop cleanup, garbage collector cleanup, and writing the appropriate documents!

Observant readers who've downloaded and played with the minigame probably noticed the stubs in the SpaceShip class for network play. My plan is to do a co-op play version where two players take on four AIs, which should make for some interesting multiplayer network code.

Once these elements are present, you have everything you need to build a real space game with multiplayer co-op, dozens of missions, and a compelling storyline. So I guess I better get those pieces built so I can start playing the great games this minigame will hopefully inspire. ;}

The Space Shuttle Atlantis is scheduled to report to Earth tomorrow after a successful mission to service the Hubble Space Telescope. The telescope's upgrades definitely mean the best pictures are yet to come, but here's some impressive shots taken of the servicing project over the last two weeks. 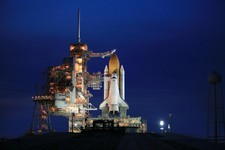 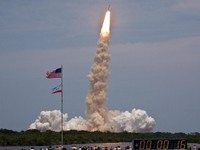 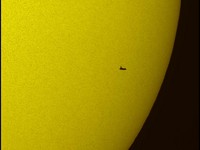 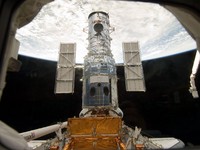 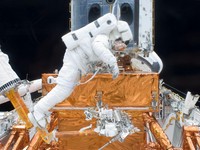 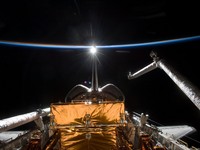