Our own Admiral Tolwyn plays a major role in the 2007 remake of John Carpenter's horror classic Halloween. Malcolm McDowell appears as Samuel Loomis:

On Halloween 1963, Haddenfield, 10-year-old Michael Myers, estranged and mentally unstable, is imprisoned in Smith's Grove Sanitarium under the care of Dr. Sam Loomis for the murders of his mother's boyfriend, his older sister, and her boyfriend. Now, 16 years later, he escapes and goes in search of his sister Laurie. Dr. Loomis must warn the residents of Haddenfield and get to Laurie before Michael does. 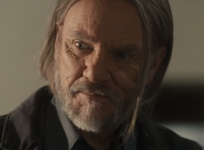 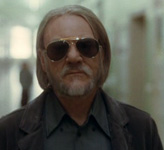 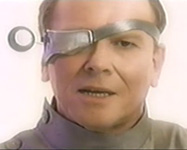 Wingnuts will immediately recognize this name from Privateer 2. Lev Arris is treated by a Dr. Loomis when his pod arrives at the Crius hospital. Apart from their name and profession, the doctors also share an interest in strange eyewear. You can download the Privateer 2 segment with Dr. Loomis from the Holovids section.

Hopefully, you've seen this one before - the asteroid texture used on Wing Commander Arena's 'boneyard' map. I bet you thought the purple tint was a lighting effect... that's exactly the kind of trick they need to play with the reduced resources available to an XBLA title. 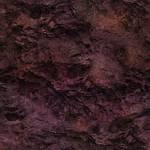