Bad news for June Arena-seekers (ie, everyone): XBLArcade is reporting that this week's XBLA title is Carcassonne, a title developed from a European board game that involves castles. It sounds like fun... but I'd rather see Rapiers and Broadswords than rapiers and broadswords. When will we see Wing Commander Arena? There's no official word - but if they were hoping for June, it can't be too far away. 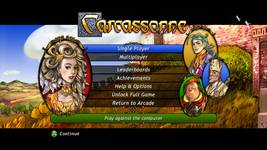 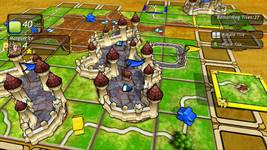 We recently restored a long-lost 1997 interview with Wing Commander novelist Andrew Keith. That same night Mr. Keith provided fans present with three documents - a sample chapter from False Colors, a short biography and a list of his other novels. Luckily, Dundradal managed to save the documents in question all these years, allowing us to once again make them available online:

Biography: This self-effacing autobiography is a good introduction to both Mr. Keith's life and personality.

Bibliography: Mr. Keith published military and science fiction under several different names. If you're interested in tracking down more of his work, this list will let you know exactly what to scour the used bookstores for.

Sample Chapter: This early version of False Colors' prologue was released to fans almost two years before the book was published. It's a fascinating study in exactly what does and does not change during the editing process... make special note of the dates listed in the headers!

Sadly, Mr. Keith passed away in 1999. We hope he will continue to be remembered for having been a good friend to Wing Commander fans online.