Readers who've been following the HTL fiction arc have had to wait for the latest chapter, but there's been a good reason. Lead writer Raptor has been extra busy at work, supplying drugs to the sick and dying. Fear not, chapter 207 has arrived.

Apologies for the lateness of this HTL chapter. Real life has been keeping me busy, as my pharmacy has just gone to 24 hour trading, and it's doing brisk business in the run up to Xmas. On a far less dreary note though, HTL continues with the fourth and final chapter of "Check And Mate" written by myself and Joe "Wraith" Guida. As you've seen in past chapters, a strike group from the TCS Yorktown, along with observers from the Valeria, has engaged a pair of Nephilim super carriers. The fighting has been fierce so far, but the crucial attack is still to come. Please send any and all comments to myself or Joe at captpowell1@earthlink.net.

The story is at: http://homepages.ihug.co.nz/~theraj/archives/ch207.htm

So, now you know who to contact for all your pharmacological Christmas gift needs. 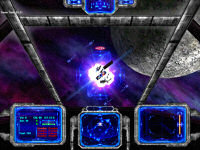 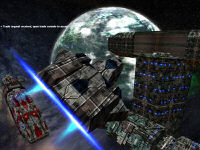 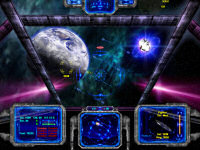 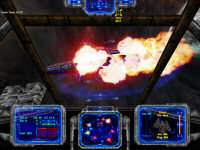