SirJorj has been working on a project to create a fan made Wing Commander scroller shooter for the Nintendo DS. He began working on the project as a fun learning experience, but he hopes to have some sort of release preview in a few weeks. So far the Hornet moves and shoots, and he is working on integrating both screens, adding a dynamic starfield and implementing enemy ships. Some specialized hardware would be necessary to get the game into an actual DS, but the finished project will also be playable on regular computers via emulation. In the mean time, SirJorj would appreciate suggestions or help accumulating the necessary ship and weapon art. You can follow the progress of his Vega Project here. 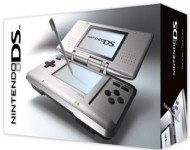 Steven Spielberg Teams Up With EA

Electronic Arts announced today that they have entered into a partnership with director Steven Spielberg to collaborate on three upcoming original projects. He will be consulting with development teams based out of EA Los Angeles, which has been responsible for parts of the Command & Conquer, Lord of the Rings and Medal of Honor series. The studio is also where any new Ultima or Wing Commander properties would probably be developed. One of Spielberg's primary contacts will be EALA lead and former Origin general manager Neil Young. Quarto found a BBC article that expands on the news a bit more.

"It's incredibly exciting to be collaborating with Steven Spielberg," noted Neil Young, VP and Studio Head at EALA. "He shares our vision for the potential of the medium and has the passion and creativity to help us finally deliver on the promise that a game can not only engage and compel you with its interactivity, but can also move you emotionally."

GameSpot has also just posted a special Q&A session with Neil Young over this development.