Many review sites said Unreal 2004 would be ideal for a Wing Commander mod because of its support for spaceflight integrated with shooting action. Dishwasher agreed and has been quietly working on a map based on a modified Durango Class Heavy Destroyer.

The work is far from done, but the exterior is shaping up quite nicely. I have attached some screenshots from both the exterior and some semi finished hallways. It's going to be a pretty big map and I hope to convert some of the really nice fighter meshes posted on your website. If all goes well players should be able to fly in Wing Commander fighters in this map. I hope this will be of some interest for you. 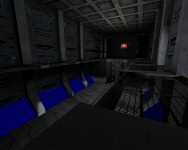 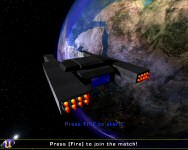 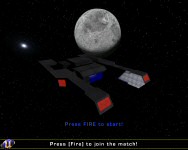 It looks pretty neat so far. This should end up being a lot of fun.

Raptor has sent through what will be the last HTL chapter before he leaves Kiwi-land. But fear not! Apparently other countries have the Internet too, so we'll continue to get new chapters.

HTL continues with Part Three of the "Welcome To Hell" series, written by James Andrew "JAG" Greenhow. This story follows the Confed reserve units who have been awaiting, preparing for, and dreading the arrival of the Nephilim throughout the battle to hold the line. Now that the Nephilim are here, they're about to be thrown right into the jaws of hell. Please send any and all comments to JAG at rambo.123uk@btopenworld.com, not to me.

On a completely different note, I'm off tomorrow on what Kiwis call the Big OE (Overseas Experiance.) It's pretty much a rite of passage to spend a few years living and working overseas after finishing college, or in my case grad school. Thanks to modern technology though, everything HTL and Aces related will continue as normal. I've got a global roaming setup that'll let me connect to the Net anywhere in the world, and you can reach me as normal at theraj@es.co.nz