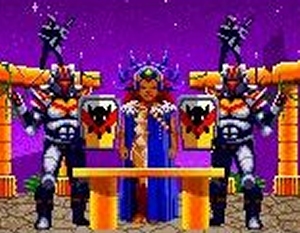 The Sivar-Eshrad is the most sacred Kilrathi religious ceremony in which all Sons of Kilrah who are able must report to the site of Holy Dedication chosen by the Priestess' of Sivar to sing the praises of Lord Sivar by offering sacrafices in battle. If the ceremony is performed properly the War God will favor the Warriors of Kilrah in battle for the next year. If not, they are doomed to be defeated by their enemies until the Pukcal. The Way of Lord Sivar may not be observed by non-believers.

Longtime WC fan Maverick_^ has announced that he is leaving the WCDC, which he helped create. He is replaced by WildCat -- who has already enacted a new design for the site.