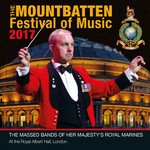 Here's a crazy surprise: the United Kingdom's Massed Royal Marine Bands recently opened the annual Mountbatten Festival of Music at Royal Albert Hall with… David Arnold's Overture from the Wing Commander movie! The result is a brilliant live performance of the excellent overture, which is now available on popular music streaming services. Want a physical copy? The concert is available both as a CD and as a DVD! You can watch the entire performance below:

I have a big stupid grin on my face right now. That was amazing!

Chris Roberts had to be grinning ear to ear after hearing them open up directly after their national anthem with the title overture.

Must be some kind of bucket list goal, "Have the Royal Marines play a Wing Commander tune."

And certainly, it made for a great opening. Rearranging the stringed sections for brass and woodwind instruments was a neat trick.

The only thing I found a tad disappointing was the fact that the compere didn't name the composer afterwards - he said what film the music was from, and who arranged it, but not who composed it. And he did seem to mention the composer for most or all the other pieces (at least in the first section - I didn't watch much more than the first twenty minutes of the concert).

Also... how weird is it that this festival, which has been going on for 45 years, doesn't even have its own Wikipedia page? I mean, sure, it's not exactly the most important event in the world, but... you know, there's certainly a lot of exceedingly trivial crud on the Wikipedia, so this absence seems remarkable.

First time my computer speakers have been cranked to max in a long time. I may be the only person who thinks Wing Commander deserved an Oscar nomination. For the music.

Impressive performance! And the very best thing together with the opening map that this movie had offer.
Makes you wish you should be inside the Royal Albert Hall and feel the power and energy of the live orchestra.
Magnificent! Thanks for sharing this stream with us.

Agree with everyone that this is a very pleasant surprise. Also agree that it's a surprise not to credit David Arnold - one would think they would be pleased to highlight him as a fellow Brit.

Anyway, I managed to cut the audio for the overture, but I admit being unfamiliar with the Opus format. It'll play in VLC and browsers, at least. Does anyone know if it can be losslessly converted to something else? It seems to have relations to xiph.org but doesn't look like it's connected with Vorbis beyond that. At the moment it looks like a lossy transcode is the only option.

(Please download a copy for yourself, don't continuously stream it off my site. Thanks.)

Wedge009 said:
(Please download a copy for yourself, don't continuously stream it off my site. Thanks.)
Click to expand...

Done, and thank you for the upload.

I use VLC Player for Android as it knows many formats.

Wedge009 said:
It'll play in VLC and browsers, at least. Does anyone know if it can be losslessly converted to something else?
Click to expand...

If VLC can play it it can also save it as WAV, can't it? Bit confused at this point as to what exactly you want to do.

Was just wondering if it could be losslessly converted to another format that I might be more familiar with but I've since found it is its own format. Decoding to an uncompressed waveform and then re-compressing it to some other lossy format isn't ideal.
W

Yeah, Opus is basically another lossy encoder. It replaces Speex (used to be used for speech) and Vorbis (for audio) formats with a single codec good at both. It's a standardized codec for internet audio as it has extremely low latency (making it good for real time communications) and high audio quality.

There's no way to transcode it without loss of quality - being a lossy encoder to begin with, and it's of higher quality than equivalent codecs, you're going to lose quality which ever way you go as MP3 or AAC at the same bit rate has worse quality by default.

There's an album that's spreading to the streaming services slowly - it's on Amazon and Spotify, but not iTunes yet.