This is your last chance!

äh..did i do anything wrong?

i think they might be talkin about steffi...
H

Quarto said:
Hehe, not too well, because I wouldn't confirm or deny anything even if you did guess right

I can say, however, that your line of reasoning is a bit off. I guess I did sorta rule out the Banshee (...or did I? When Armada says it's a new fighter, does that really mean it wasn't in service a month earlier?

), but I certainly never ruled out the Hellcat, and never said anything at all about the Phantom

. Even the Thunderbolt couldn't really be ruled out, since we don't know when it actually appears.

I'm mightily tempted to say a few more things just to confuse you - like for example, that I never actually said it wouldn't be campaign-flyable, just that there's no reason to think it would be. But of course, the trouble with saying such things is that people often assume that you're actually confirming something when you're merely not denying it in order to confuse them... so maybe we've said enough already

Well, this patch has taken a little longer than we anticipated (mainly because we're trying to also kill the gauntlet-crashing bug once and for all - and it takes a lot of testing to kill a bug that only appears rarely at random times), but we think we may be almost there now, hopefully we'll release it during the next few days, and before the end of the coming weekend at the latest.

So... you know, if there's any last takers for the Tarsus (though it doesn't seem to be an especially popular ship... can't imagine why

), this is really the last call.

My Guess? The Banshee or the Phantom!
U

Arrow or Hellcat. the T-Bolt is too overpowered on guns and under on missiles.

So... if you guessed that it might be the Arrow, you were right. Unless, of course, you thought we meant the WC3 Arrow

The only question remaining is... can you identify where this neato WC2-esque paintjob came from?

A green version of the blue paintjob on the Arrow seen in the first Academy epsiode?
W

Is it from that Tolwyn card on the news a few days ago?

Neither... though IIRC, it was featured in the CIC news at some point.
W

Was it from Sean Murphy's artwork?

Yep. Sean Murphy's artwork is actually what inspired Eder to make this model - there it was, a WC3 ship that actually looked like it belonged in WC2

Aren't Sean Murphy's art and the Tolwyn promo Arrow one and the same?

... and doesn't the scheme appear in Wing Commander IV as the 'Confed Arrow' (soon after you defect -- I think they show up in Silenos)?

Dunno... I don't remember what the Tolwyn promo card looks like - or the Confed Arrow in WC4, for that matter. But at least one of those is likely... presumably Sean Murphy didn't just make it for the fun of it, so it must've been used somewhere. 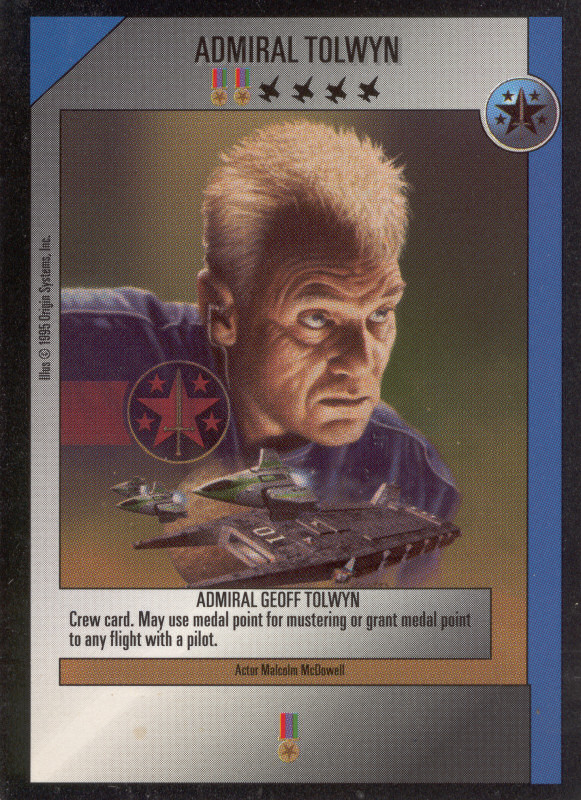