Happy Earth Day, everyone! There are certainly important issues facing the world today, but let's take a moment to jump forward and see what disastrous await our home planet in the Wing Commander timeline! Soon Earth itself will be in our grasp...

The Confederation Handbook tells us that in 2219, the first in a series of Great Pandemics strikes. The disease completely destroys Luna Station and results in a 204-year quarantine of Earth itself. Isolated from the expanding solar system, Earth was ravaged by disease and famine, both of which were compounded by a crippled biosphere and a shortage of fossil fuels. Traditional farming became impossible, with the only source of food for the population being self-contained hydroponics stations. The planet became increasingly reliant on the goodwill of the Outer Planets to provide the fuel and material resources needed for these stations, trading cultural resources for unmanned supply drops.

Fleet Action tells the story of the "false peace" and a surprise Kilrathi attack that ravages the inner worlds of the Confederation. It's also the first time in the Wing Commander franchise that we spend any time on Earth itself (though we visit Earth orbit briefly in Wing Commander II and Freedom Flight.) Unfortunately (for Earth in 2668) the story doesn't exactly leave the planet in the same shape it began: during the climax, a Kilrathi cruiser squadron breaks through the defenses and destroys a host of cities using antimatter weapons. A pythagorean victory ensues when the cruisers fail to launch their final volleys of Strontium-90-clad weapons which would destroy the planet's biosphere permanently. Here's the scene:

"No!"
Doomsday screamed with impotent rage as he saw the heavy antimatter rockets streak away.
A light screen of enemy fighters, launched from the cruisers, moved to intercept, and with a wild frenzy Doomsday slashed into them, killing them with a mad insane glee, while behind him, four modified Sabres lined up for the first torpedo launch.
The torpedoes leaped out, tracking in on the first cruiser, and seconds later detonated. Kruger's fighters swarmed in, slamming the cruiser, which appeared for a second to collapse in on itself before bursting asunder. The comm link was filled with mad screams of hatred and rage as the strike team turned towards the other cruiser.
Down in the Earth's atmosphere Doomsday could see pinpoint winks of light as point defense systems fought to knock down the incoming wave of more than a hundred missiles. And then there was a flash of light over the center of the North American continent. It looked like Chicago going up, followed seconds later by a dozen more: Pittsburg, Boston, Miami, Quebec, then across in Northern Europe: Amsterdam, Berlin, Stockholm, Constantinople and Paris. Other flashes detonated over the primary control centers for Earth's American and European space defenses at Omaha, Rio, Tripoli, and Kiev.
Click to expand...

If you can conquer an entire 11-sector Campaign in Wing Commander Armada then you are rewarded with a blink-and-you-miss-it cutscene of the enemy homeworld, well, exploding. It's not specified exactly how the Kilrathi blow up the Earth as the result of a victorious Armada round (or vice versa, with humans and Kilrah) but it is likely one of the series' most unseen cutscenes! 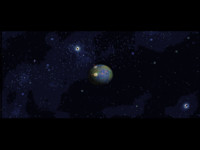 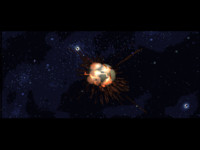 If you can't hack it in Wing Commander III: Heart of the Tiger, you find yourself in an impossible situation defending Proxima and then Earth itself from a massed Kilrathi invasion. And bad news for any Captain Kirks out there: it's a no-win scenario. The game will continue throwing wave after wave of enemy planes after you until you either eject or die. And you are then treated to one of the coolest losing sequences in history, in which the Kilrathi destroy Washington DC and render Earth an apocalyptic hellscape! 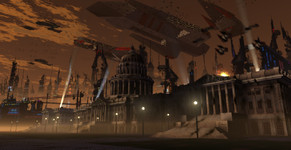 Damn cats. They can't leave me alone and feel obliged to wreck my place...
T

Was it an acute victory or an obtuse one?

Or did you mean a Pyrrhic Victory?

I am not sure how I did that.

Hey, am I the only one for whom many of these news posts have messed up formatting? For instance, the title of this thread for me shows up as "It???s the End of the World as We Know It!". It seems that apostrophes in particular become.... questionable

Was it an acute victory or an obtuse one?

Or did you mean a Pyrrhic Victory?
Click to expand...

It's a reference to the battle of Theorem that took place in the Geometrical Cluster near Axius. At least if I remember one particular fic correctly, right? :-P

Quarto said:
Hey, am I the only one for whom many of these news posts have messed up formatting? For instance, the title of this thread for me shows up as "It???s the End of the World as We Know It!". It seems that apostrophes in particular become.... questionable

Every news post I ever read the apostrophe always displays as a triple, "?".

Every news post I ever read the apostrophe always displays as a triple, "?".

The, "Goodbye, Mary Bellis" thread has apostrophes look like, "a??". Minus the quotes of course.
Click to expand...

It's something to do with the way the updates are converted when they get turned into forum posts. They appear correct in the update itself.

I talked with Kris about this, it seems it's a result of my writing the updates in a Google doc and then pasting in our CMS. Will avoid that process in the future!
You must log in or register to reply here.
Share:
Twitter Reddit Pinterest Tumblr WhatsApp Email Share Link
Top