We show off a lot of Wing Commander-themed mail calls and loot hauls here at the CIC, but this one's extra special! After more than 21 years, LOAF's managed to track down an original 35 mm reel of the Wing Commander Movie. It seems to be in good shape and comes with the associated optical sound track. What a find! 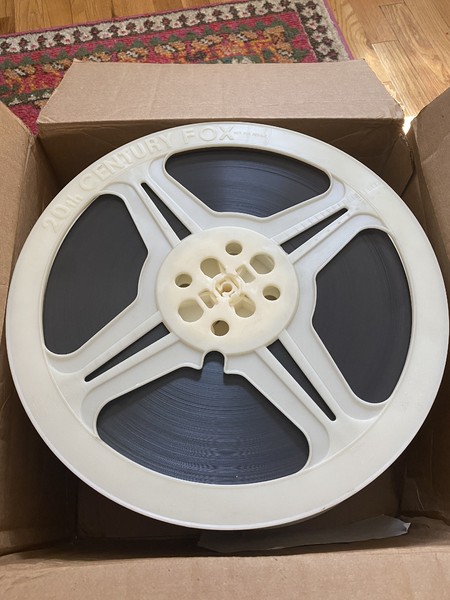 HERE IT IS! I am now the very proud father of a 35mm theatrical print of the Wing Commander movie. I never dreamed I’d get a chance to own one! I’d love to play it at least once, maybe rent out a theater and hold a big Wing Commander party when the pandemic is over! I’m also interested in looking into having it scanned.
Click to expand...

And now, back to preparations for the CIC Birthday Party. See you tomorrow!

How many reels is it in total? What's it look like all the reels together? Surely you can't just leave it as a teaser photo!

Yeah, hold the celluloid against the sky and take a snap, will ya?

Six reels total, a very heavy package to get in the mail! I will take some additional pictures soon.

What a thing of beauty

How does that work with 6 reels? Do most films have that many?

How does that work with 6 reels? Do most films have that many?
Click to expand...

a "reel" actually refers to how much film is on a standard reel (1000ft) though in more modern parlance "reels" are actually double reels of about 2000ft and the average movie uses about 5 double reels. (you get about 11 min of footage per single reel). The WC movie is about 100 minutes long. This would technically fit about 10 single reels. The movie itself was divided into 6 reels though all through production. The first reel ended about the time the Diligent arrived at the claw.

Films were typically distributed to theaters in sets of ~2,000 foot reels which run 14-20 each minutes on average. So yes six is absolutely average for a movie Wing Commander's length.

As for how it works, back in the day it was the job of the projectionist to splice these reels together as the movie went along. Film projectors would let you mount two or more reels at once and then they'd need to feed the additional reels as the movie went along. If you remember seeing little 'dots' in the corner of projected movies once in a while, those were marking reel breaks.

Of course, today the theater typically just downloads or streams a huge digital file so the projectionist is less of a trained professional.
E

The theater typically just downloads or streams a huge digital file?
I have a friend who works in a movie theater and they get the hard drives delivered.