As we update, Microsoft's Xbox E3 conference is still going on... but Jetlag has already grabbed the three seconds of Wing Commander Arena footage included in their Live Arcade montage for us! The future looks very bright for XBLA, with upcoming games including everything from chess and checkers to robot fighting games... and, of course, Wing Commander! If you're desperate for a hit of Arena, however brief, check it out! 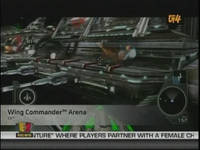 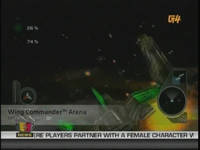 Edit: AD reports that the footage is just a brief clip from an earlier trailer (available here). I guess it's still cool to see Arena on national TV, though!