The SpaceX Dragon successfully linked with the International Space Station this morning. It's the second commercial resupply mission that the spacecraft has undertaken after a test docking and cargo run last May and October. The craft launched aboard a Falcon 9 rocket, which has successfully lifted off five consecutive times now. This will be the first time that the Dragon uses its unpressurized trunk section to bring additional cargo up. Hopefully such missions will soon become routine, and crewed missions will begin in just over two years. Even with such "routine" missions, and all the other science fiction imagery we post here at the CIC, it's always amazing to see real live pictures like the ones below! 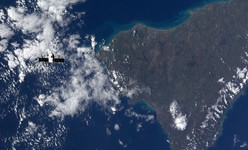 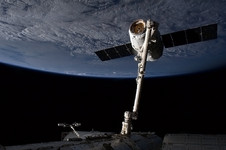 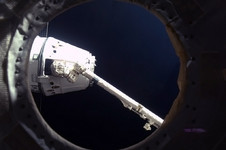 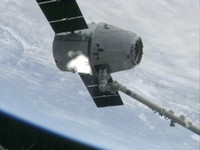 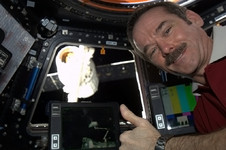