The Nephilim themselves, designed in collaboration with Syd Mead: 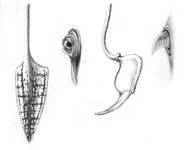 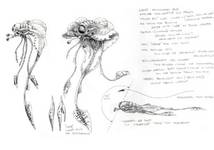 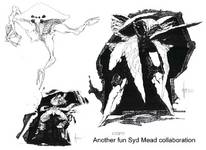 ... and their warships (plus Prophecy's Wolfpack logo)!: 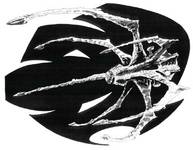 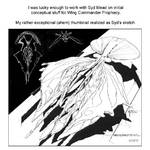 Scenes from Wing Commander III, including the refueling asteroids, the Victory bridge and the rec room: 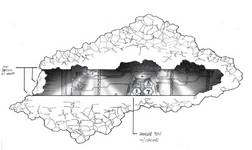 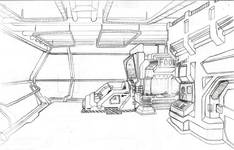 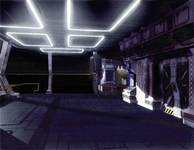 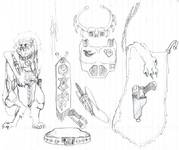 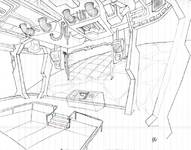 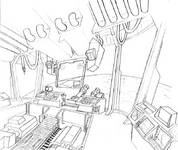 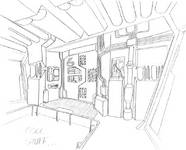 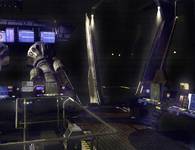 Check out lots of other great art at Vearrier.com -- and be sure and watch the first video in his animations page. It includes a veritable what's-what of Wing Commander CGI sequences!

THP is back -- and he has a new project that you may be able to help with! He's building a new version of Wing Commander Armada from the ground up and... well, I'll let him take over:

Yesterday, I've been trying out PiArmada again, and I didn't really like the look of the interface, so I set out to try and produce something better-looking from scratch. This is just the result of a four-hour hacking session, and therefore only the map part is done.

I really liked the strategy part of Armada, as it can be played while waiting for some download or spending some free time. The turn-based game mode makes it possible to focus on other things and continue the game after interruptions.

As PiArmada seems to have been inactive for quite some time now, maybe someone is interested in getting in touch and creating something similar to the strategy part of Armada (no spaceflight planned).

If anyone is interested, please get in touch in the WCNEWS forums. Apart from the graphics (we'd need new space, planet and ship graphics that are licensed under an open source license, what you see on the screenshot are some graphics I quickly collected from the web), coding, sound and other skills would be needed. So, yes: If we decide to work on that project, the code, graphics and sounds should all be open-source.

I am quite sure that I won't have the time to do the project on my own, but if there are some volunteers that are willing to join the effort, I might spend some more time on it.

The current code is written in Python with the drawing done in Cairo.

I also noticed that the source code for PiArmada 0.9 is not available, so that's another reason why I didn't look at PiArmada more (it doesn't seem to be really open sourced, despite being hosted on sourceforge). 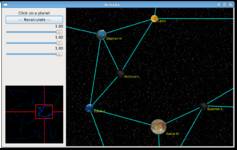