We've all made our way to Atlanta, and today is the first day of the 2005 DragonCon. Everyone has their registration badges and is trying to decide what events to attend. There's over 1500 hours of scheduled programming going on over the next four days. The Thursday before the convention starts is a day to relax from traveling and explore the hotels. Blonde, ace and I found a pool while most of the group went searching for early room parties. Teonnyn bought a fancy hovercraft to play with, and some of us kicked back with the Nintendo DS. You can check out the highlights from DragonCon 2005 Day Zero here. 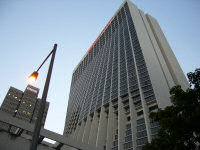 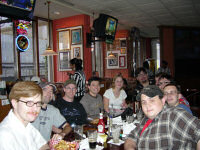 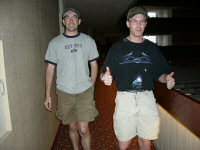 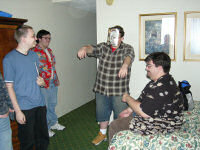 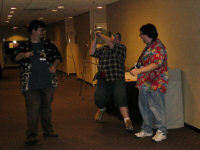 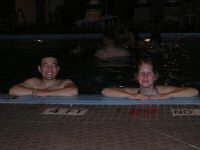 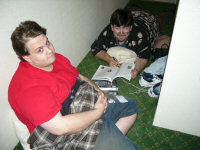 Don't forget to check out the Webcam too.

Improve Your Mace Aim In Standoff

The tactical nuclear Mace Missile is one of the new Vision Engine additions for Standoff Episode 2. In every game it responds slightly differently, so the Standoff team has provided a few hints for maximizing its output. The Morningstar makes its appearance in the mission simulator.

Shooting down the missile is not a good idea. Secret Ops doesn't allow us to do a proper Mace Missile, so the way it works is a bit of a trick... which basically means that if you shoot it down or it hits something directly, there won't be a big explosion. In the case of small capships that consist of two components and no hull mesh, a shot in the right place might destroy the ship in one shot. If you attack from the flank, a Mace will kill a Ralatha in one shot if it explodes amidship, where the engine and bridge components meet.